TL;DR: I'd meant to do these recap posts every week. But, oops: it's been a month since the last one. Now that I sit down to write this, though, I think I've done more than I thought.

Finley and Charley, a short story 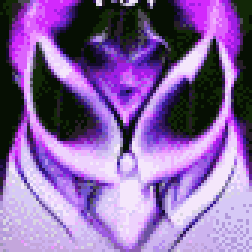 It took me about two weeks, but I took a break from daily writing exercises and finished a 5,359 word short story called "Finley and Charley". It's neither the story I started with, nor the story I expected to end up with. But, it's a finished story, and that's more than I've managed in years.

In short, it's the story of a human named Finley and an asteroid terraforming AI named Charley. There are also humans named Quinn and Wren who make things complicated.

Hopefully it's a decent story. I also have half a hope to write more about these folks.

Next thing is that—along with what seems like the rest of the internet—I've started playing with DALL·E Mini.

It's turning out very handy to generate cover images for my writing exercises. It also feels like it could work for story prompts, where I generate the image first before diving into the writing exercise proper.

Initially, I felt squicky about it possibly ripping off images from the internet. But, as I've played with it and read about it more, the squick factor is fading a bit.

A few things I'm doing that make me feel better about the process so far:

Maybe I'm just filing the serial numbers off pirated clip art? Maybe I'll delete all the cover images in another week or two and feel bad about the whole thing again.

I also managed to get through a few more writing exercises. Some of these feel like they could grow into parts of longer stories, which is definitely a goal of doing these.

And that's all for now for this recap. Hopefully I'll be back sooner with a few more exercises to talk about. Aiming to take another swing at a short story in the next few weeks.