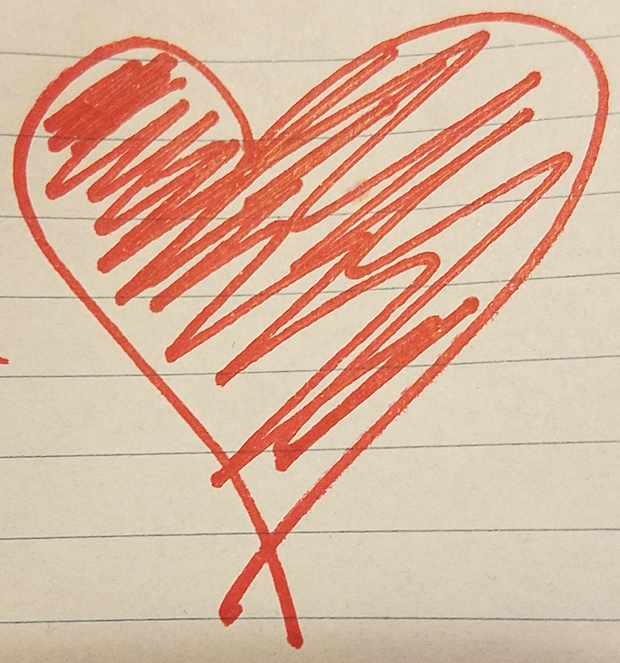 My heart is broken. My last tweet before going to bed on election night was this:

This is a fucking terrible night to be a humanist. Just gutted. No humor, no whimsy, no faith. All rage & despair & loathing & shame.

After that, I decided to take a break from posting anything. I’ve tried not to look very much. I unfollowed a relative after seeing a string of posts that struck me as ugly and gloating. They struck me rather personally and had me fuming. Then, I noticed another relative whom I thought followed me no longer did. Did some post of mine in the recent past much have had a similar effect on them? Probably.

Since then, I’ve been thinking about why I post anything anywhere. This popped into my head:

I don’t remember where I picked that up - probably attributed to whomever sounded wisest at the time the meme was slapped together. Whatever the source, I’ve asked myself those three questions each time I’ve been tempted to break my social media fast over the past few days.

And, so far, I haven’t liked the answers.

Is it true? I like to think I’m well read & informed. Ideally, what I write & share are things on which I’ve done homework to be sure they’re not hoaxes or hyperbolic trolls. In all honesty, I’ve posted plenty of knee-jerk hot takes.

Is it necessary? It’s cathartic to hop madly and jab a finger at something infuriating or unfair. Is that sufficient? I can’t say if I’ve swayed anyone or fixed anything with tweet storms or sharing streaks. I get likes & shares & nodding heads, but that’s just bonding with folks who already agree.

Is it kind? I’d like to think that helping expose new information & perspectives is kind. I’d like to think that shining a light on things going wrong is kind. But, maybe it’s not always kind. Maybe sometimes it’s received as a bewildering assault of meanness. You know, I'm having particular trouble with the kindness question just now.

I’ve been alternating between numb and feeling all the things. I’ve been trying to work. I’ve been crying a lot. I talk with my amazing wife, but I don’t want to turn the firehose on her.

Frankly, all I want to do right now is channel this white-hot primal scream of rage & despair & loathing & shame into every outlet I have available. That’s not much different from some of what I’ve already been doing, except by intensity. I can’t identify any desirable outcome beyond catharsis. Well, if that’s all, I can just roar into a pillow and leave the world less to listen to.

So, I’ve denied myself this self-soothing habit of posting garbage on the internet because I just can’t trust myself and haven’t envisioned pride in what I’d do. But, in doing that, I’ve also cut off what I tend to consider a support system. It might just be a bubble of people I barely know clicking little hearts and thumbs, but it’s often been an ambient comfort to me.

I’ve got notes on a post about social anxiety I’ve been meaning to write. If I had it published, I’d point to the part where I talk about how - from the days of dial-up BBSes to IRC to blogs to ten years of Twitter - computer mediated communication has been most of what serves as a social life for me. Having the computer in the middle eases what I usually find so hard to abide in meeting people face-to-face.

I should work on changing that in my life. Again, if I had that social anxiety post written, I’d point to the bit where I’m rather stymied on how to improve things. I’ve been taking swings at the problem for close to 41 years. (Maybe I should write that post next.)

If I actually post this, it’s because I decided it had good-enough answers to those three questions. I don’t have a conclusion to write. I’m not sure what to do next. Less shitposting. More thinking. Hopefully something more productive soon.

In the meantime, I made a mixtape while I was fasting. Maybe you'll like it: