How I learned to love spreadsheets in space

Looking for a space job

I've had an on-again, off-again relationship with EVE Online over the years. I was initially attracted by the opportunities to fly space ships, explore the universe, and occasionally shoot at things in the company of feral internet randos.

But, when you shoot at things, they often shoot back. Sometimes, you explode. Since space ships cost space money, you're going to need a steady space income.

Unless you've got disposable money IRL to blow on PLEX, this means you need to find a space job. 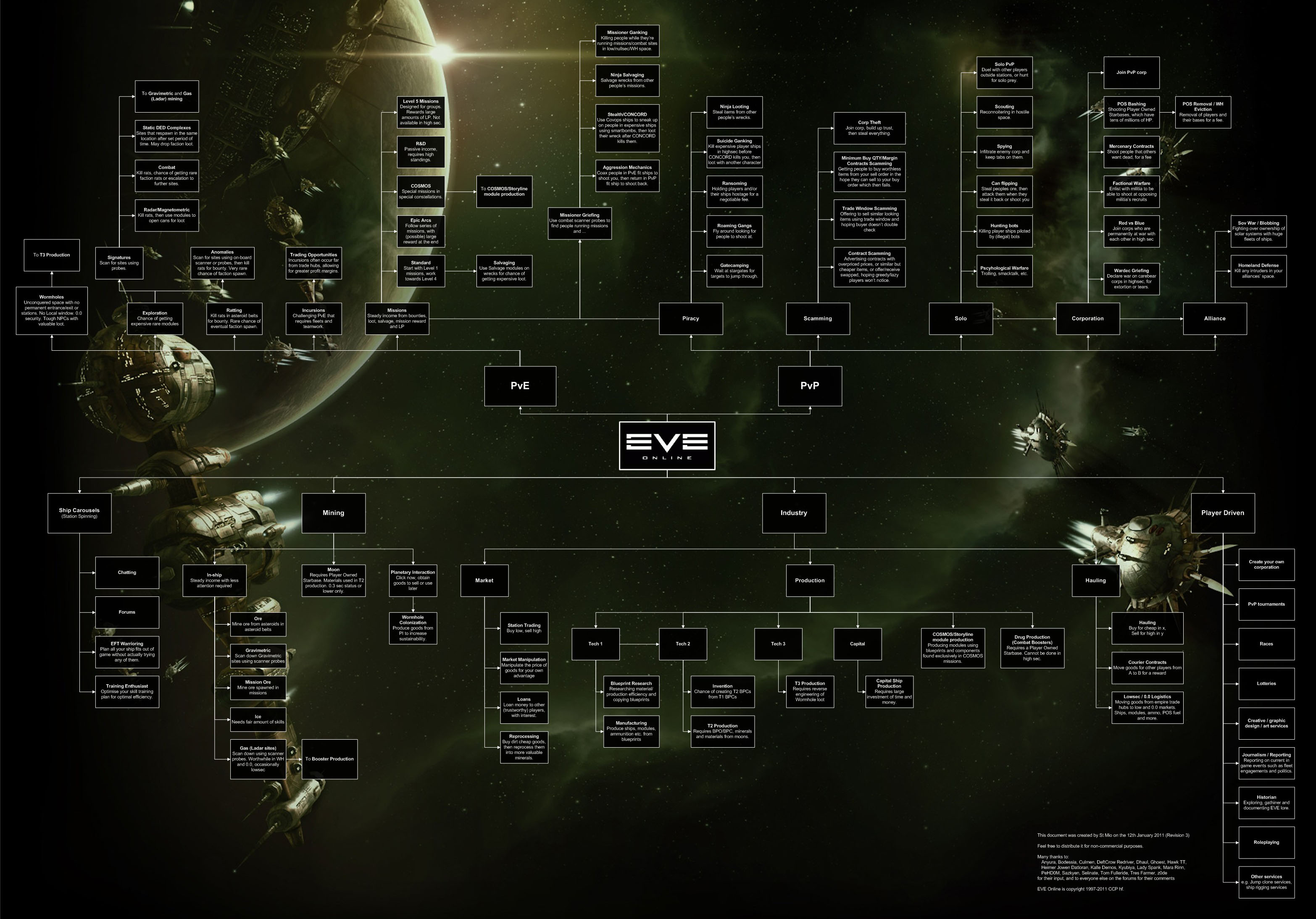 For the most part, I've found that space jobs in EVE Online are machines designed to convert tolerance for tedium into small amounts of space money, with scattered moments of panic to keep you paying attention. In fact, it really seems like space jobs are a clever mechanism to position you as content for other players:

Much of EVE Online seems to be in discovering ways to generate fun from space jobs despite the tedium, and players have been astonishingly creative in doing so.

Wherein I found the spreadsheets in space

But, I digress. There are reasons why EVE Online is synonymous with "spreadsheets in space" - every space station in EVE has a market. Most space jobs lead there: Loot, minerals, salvage, and stolen goods all get sold on the market. And, nearly everything you'd want to buy with the proceeds of your space job come from the market.

This is where I discovered station trading: The price for buying from the market is always higher than selling to the market. It's like retail vs wholesale pricing, but weirder. And, for various reasons, the spread between these prices can be quite large. So, without ever leaving the station, you can perform arbitrage - i.e. buy low, sell high, pocket the difference.

One evening, I tried getting into station trading entirely off-the-cuff:

As with most space jobs, there is a generous helping of tedium in trading. It immediately occurred to me that this would be better done by a computer. Why click through all these items one-by-one, when an algorithm could zip through and serve up a list of high-margin items in seconds?

Of course, in many games, this would be considered cheating. I remember the controversy back in the 80s & 90s when "helpers" first started appearing for TradeWars 2002, a game that many cite as an early inspiration for EVE Online. And, indeed, fully automated market bots are a bannable offense in EVE Online - that is, CCP want a human to manually enter all those buy & sell orders and keep on top of them.

However, CCP only seem to consider the last mile of automation as off limits. Enterprising players and even CCP themselves have long offered web service APIs for things like character and market data. This means you can use Excel or Google Spreadsheets or even your own original software to pull in this data, run calculations, scan for trade opportunities, etc.

As I read up about all of this, it dawned on me: This is one of the first video games I've played where software development and algorithms are intentionally supported ways to play!

I've always loved writing software to solve problems. And, you can describe games as problem generators. So, it's been satisfying to play a game through software development. And, it's been rewarding to measure that software's effectiveness through my profits in space money. It feels demented to say it, but most days I get more out of my wallet balance in station than from actually flying a ship.

It's had all the nerdy fun of working through puzzles, while also helping sharpen the saw on my tech skills. I wasn't all that familiar with node.js beforehand, but now I'm pretty sharp on it after having applied it to practical challenges. I learned a bit of MongoDB and Postgresql to get things done. I've played with some JS frameworks to build visualizations for myself, and will probably poke at building some UI for myself in React at some point.

In the past, my "Hello World" for a new technology stack might have been ingesting RSS & Atom news feeds to build a River of News. I even used that habit as fodder to write my first book. But, these days, I'm finding myself reaching for EVE Online data to provide the test bed for things I want to learn. Maybe I'll find some way to channel this enthusiasm into something like another book or some conference talks. Who knows?